Two Minute Drill: How Long Have You Been Selling? 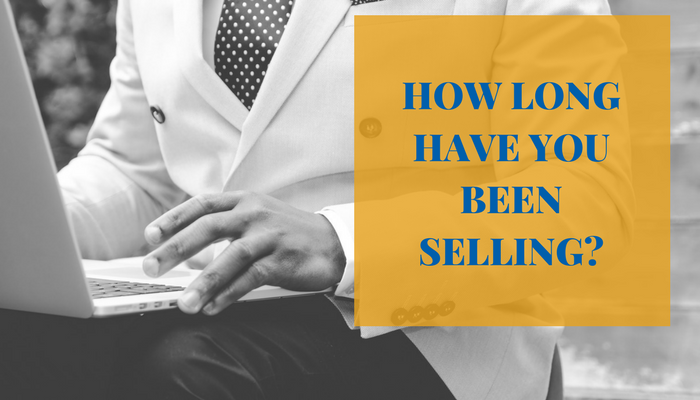 Mark had been making a decent living for ten years as a salesperson. Always in the middle of the sales charts, Mark was comfortable with his selling skills. At least he was until taking his most recent sales position three months before. In his new position, he was at the bottom of the sales chart.

I don’t understand, thought Mark. I’m doing the same things here that I did in the other companies and I can’t get anywhere. Maybe it’s the quality of the prospects; they are pretty dismal. No, he thought, they’re pathetic.

Particularly rankling was the situation with Susan. Hired on the same day as Mark, with six months of sales experience, she was consistently climbing up the sales chart. She probably does better because she’s a woman, he thought. The prospects aren’t expecting a woman salesperson, and that’s her edge. Yeah, that’sit.

Of course, he decided to himself, the other reason I’m not doing as well is that the territory I’ve been given is mined out. Nobody could sell to these idiots.

Feeling somewhat better, Mark closed up his briefcase and decided to drop in at the mall.

Perhaps I need a new suit to bring my luck back.

On the way over to the mall, he wondered for a moment if he should have signed up for the sales skills seminar the company was offering. No, he decided, that’s only for people who don’t know which end is up. The only salespeople there would be the newbies and the company brown noses.

Mark is equating the length of his selling history with quality.In addition, he has convinced himself that his current situation is not his responsibility. Will a new suit help Mark?

While Mark may seem to have an overabundance of excuses for not performing well, it is not unusual to hear many of these same ones from the majority of salespeople. The common thread through all of these excuses is the total refusal to accept any responsibility for current performance.

“It’s not my fault I’m doing (fill-in one of the following: poorly, marginally, about average), it’s because of (fill-in anything that the salesperson has no control over).”

The number of years someone has spent in sales does not guarantee success today with a prospect who has just walked in. Success with a prospect is guaranteed when the salesperson accepts responsibility for performing in a professional manner. If the prospect buys, great.

If the prospect doesn’t buy but gives you five warm referrals, great.

Ask a consistently successful salesperson, in any product area, what he attributes his success to, and you will hear many different things. The common thread will be, “I take complete responsibility for my success or failure in sales.”

Every salesperson knows he should have a positive mental outlook. The only problem with that phrase is that it is meaningless. But it sounds good.

Either a salesperson takes complete responsibility for his or her sales, or the sales will not be made. They will not be made because there is always an excuse for why not.

A salesperson’s sales are a result of his taking complete responsibility for performance.